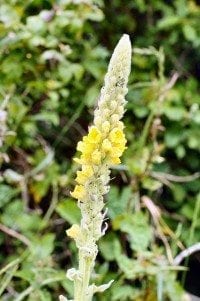 A few decades ago, I was introduced to mullein (verbascum thapsus) as an ear infection cure. As I was a new mother, I reveled in having a new tool for my medicine chest. I’d been told that mullein infused oil was simple to use. Just warm it and put a few drops in a child’s ear and VOILA, the problem is fixed. Ah, the magic of herbs.

I grabbed my plant id book, popped my children into their car seats and sped to the nearest river. My kids and I didn’t have to go far before I saw the golden spike of mullein waving in the breeze. We found a boat landing to park at and headed for the woods. If there was one plant by the road, I reasoned there would be more in along a forest trail.

As usual, I was wrong. I pushed the stroller along the path as my 2 year-old skipped merrily ahead of me. She was tasked in helping me find this magical plant but the snails, rocks, and dandelion heads distracted her. My heart grew heavy. I was running out of steam, and no mullein was in sight.

I considered turning around when I saw it: The clearcut. It was a field of rubble with downed trees, mangled stumps, and spikes of yellow I recognized even from a distance. Mullien is quite distinctive. There are a few flowers that are similar to mullien before it blooms, but that yellow spike was waving like a flag to me from the trail.

I pulled my youngest out of the stroller and herded the toddler to the clearcut. I pulled the bag I had reserved for collecting out of the diaper bag. I was going to have to pull a little cross country action.

The kids and I hiked over to the end of the treeline. I had the baby in one arm and my energetic daughter pulling at the end of the other. As we approached the first mullein plant, I noticed that just the bottom row of flowers on the stalk was blooming. The others were in varying degrees of maturity. I plucked about 10 flowers and put them in the bag.

My daughter tripped of a dirt clod and fell. I picked her up and searched for injuries. We clambered our way to the next mullien plant. This plant echoed the first. Ten to twelve flowers were open and ready for picking. My daughter fell again. This time she skinned her knee.

I sighed as I held a crumpled mullein leaf against her scrape. At this rate, we would be here for hours before I got a few cups of flowers. I knew that flowers reduced to very little once they were dried. The clearcut was a minefield for toddlers. I had to made a decision.

I stroked the fuzzy mullein leaf and told my daughter a story about why it was so furry. She got excited and grabbed a few leaves for herself. I readjusted the baby on my hip, and we turned back to the woods.

For this herbalist, the smartest use of my time was not to wildcraft. My job was to enjoy the moment and move on. There are other herbs that deal with ear infections. I could do a bit more research.

The kids and I strolled back to the car, savoring the warm weather and the glories of the green world around us. That was enough medicine for one day–Lesson learned.

Applesauce for Diarrhea: A Clinical Memoir 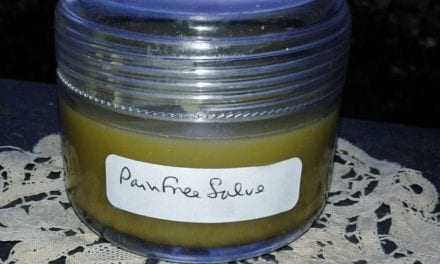 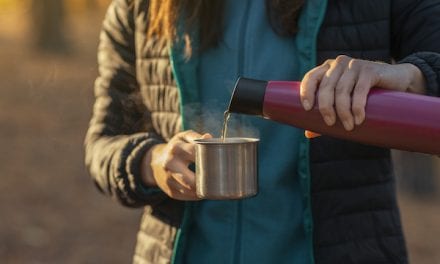