Posted by Candace Hunter | Herb of the Month, Herbalism for the Zombie Apocalypse, Lifestyle | 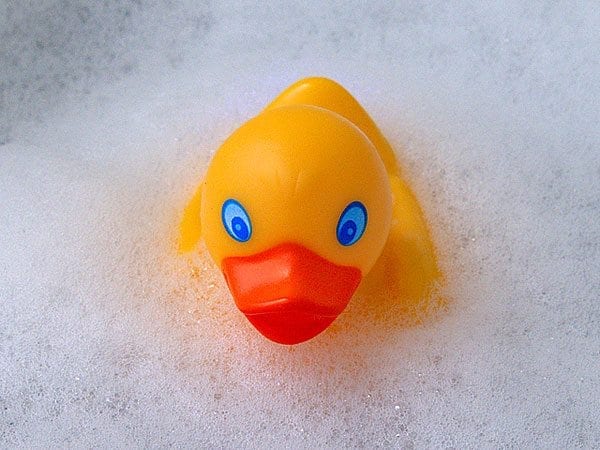 We stick mainly to the deer trails as we travel between camps. It’s safer than the roads. Zombies tend to collect where humans once felt safe. The best route to our spring camp, though, includes a piece of road maybe five miles long, part of which crosses a river. The bridge is one of those old covered kind. Picturesque. Cute. Normally darn dangerous. In this case, though, the danger’s more human than undead.

We call it Troll Bridge. A Gang of ten guards Troll Bridge. They’re ex-military types, or maybe weekend warriors. For the past three years, we’ve dreaded crossing Troll Bridge. The Trolls, as we called them, exacted a toll from everyone who came their way.

The first year, they wanted our water purifying rig. It was a sweet little filtration system I’d found in a cabin. Five gallon bucket with a set of filters made to last years and years, Roy’d shown me something similar in one of his survivor mags just months before the Outbreak. I’d recognized it straight off when I found it because I’d actually planned to get him one for his birthday. Virus Z changed all that. Handing it over hurt, but it was our only way out. Once the Trolls confronted you, they’d take their toll one way or another, even if you changed your mind about crossing their bridge. Since the closest alternate crossings meant either a whole lot longer on the road or a trip into formerly settled areas, the toll was really our best option. The next year I plied them with a dozen bottles of what Paul fondly calls Zombie Cocktails and a set of old socks for use as wicks. They’re a lot like mulatov cocktails, capped and ready to go. Last year, a near gallon of Zombie poison bought our passage.

This year, the road out to Troll Bridge was different. I really don’t know what it was. Harvey was edgier than usual, alert, barking at every little breeze. I kept telling myself the anxiety rippling through my stomach was about the absence of Paul’s usual banter. We walked along the two lane highway in near silence, stopping often to listen for the undead and check on Harvey’s alerts. Twice, rotting corpses lurched onto the road toward us moaning and grasping. They were all first gens, slow and noisy, relatively easy to kill since they’d all given us reasonable warning they were coming. Still, they slowed our progress.

Late in the afternoon, we’d just finished decapitating and burning the last of the second set of corpses when I was checking to ensure my tribute, a half gallon of Elderberry infused whiskey I’d promised them last year for fighting off flus, was still stashed safely on our little skid.

“We can make Troll Bridge within the hour,” Paul said. “Assuming they take our tribute, we could be as far as Witches Rock by sundown. Do you want to push on, or camp out here?”

“There’s no way I’m sleeping on this road,” I said. “between Harvey’s jumpiness and the z’s we’ve already downed, I wouldn’t sleep anyway.”

As if to seal the deal, Harvey set off toward Troll Bridge. I strapped my rucksack down again and Paul took up the skid.

We trudged along without incident for another half hour or so, my stomach doing flips all the way. It’s going to be fine, I told myself yet again. They’ll be esctatic with the medicine. Their pharm’d nearly runout when we were here last. They’ll settle for a half gallon and call it a golden trade, I tried to convince myself as we drew near to the bend where we’d come into view of their territory.

Harvey sounded off an almost shrill set of barks, his Oh-Dear-God alarm. Paul dropped the skid and unsheathed his hatchet. My lawnmower machety was already swinging when the first Troll emerged from cover of the bridge. Nine more second gens stumbled after the first toward us. The fight was fast and furious.

Back to back, Paul and I took them down. We swung in alternating strikes, deliberate. Paul dropped one to my left too close for comfort. Its body landed against my leg as its head rolled away. I swung for the one right in front of me too early. Its head lolled to the side, mouth agape, one eye already shredded and partly rotted, Kenny. His name had been Kenny, I thought as he reached for my chest. I stared at him. Him.

Harvey growled good and loud, close by. That shook me back into action. I sliced through the last threads of Zombie Kenny’s neck before it’d gotten its teeth on me. Its head hit the ground with a soft thud as I shoved the body into the one behind it. I sliced through the Z to my right while Harvey leapt at the one ahead. He ripped the z’s throat out; Three fast, powerful strikes and Harvey’d decapitated it, too. Behind me, Paul finished off the last Z on his side as I dropped two more.

Thirteen corpses lay strewn about us. Blood and entrails coated the road. It was the typical scene, really, except for the stink. Sure, zombies usually smell of rotting flesh and that odd, surreal, inexplicable sweetness, but along with that there was the strong, unmistakable stink of human body odor. It was like being in a rotting lockerroom of hippies who hadn’t washed in at least three months. Nasty.

“Even in apocalyptic times, ya gotta clean,” Paul said, and he’s too right. Those Trolls discovered the hard way that a smelly human is to zombies like peanut butter to mice…bait too attractive to resist.

If you’ve got access to regular soap and water, use them…daily if you can. They’ll save your life not only by helping you hide from Z’s but also by killing off the germs that could turn into other deadly illnesses all too fast.

If old fashioned soap isn’t in your grasp, You can enlist a little help from the wild world by making your own Apocalyptic Bodywash. Horsechestnut and yucca in partnership with thyme, yarrow and rose, fresh or dried, make for a good cleansing wash for the body. Start by boiling up a gallon or so of water, or as much as you can with the tools you have. Drop in several handfuls of either horsechestnut, the easiest to find in my piece of the country, or yucca and let it boil a while. The mix ought to start to foam up a bit. That’s a good sign. Even if it doesn’t, your brew will be cleansing, so don’t give up.

When you’ve boiled your brew for a half hour or more, roughly, drop in several handfuls of fresh or dried thyme, yarrow, and roses. The roses are the most optional, but don’t skimp on the thyme. Thyme is a potent little herb.

Take the brew off the heat and let it sit, preferably covered, until it’s cooled off. Strain out and discard the herbs. The resulting bodywash can be used like a really liquid soap with or without water. I usually add a goodly dose of Five z’s vinegar to add potent germ fighting power, too. A ratio of about five parts body wash to one part Five Z’s Vinegar will do nicely.

For a terrific exfoliant, mix a splash of Apocalyptic Body Wash with a scant handful light grit, like sugar, salt, ground almonds, clay, or ground oats to make a body scrub.

Don’t forget to give your animal companions a wash, too. Add a bit of pennyroyal to Apocalyptic Body Wash with the thyme, yarrow, and roses to add effective anti-flea action for you and your furry partner with the added bonus of pennyroyal’s zombie repelling power to help keep you safe and healthy.

As they say, “Cleanliness is next to Godliness,” and in this world, it’s a lifesaver, too. 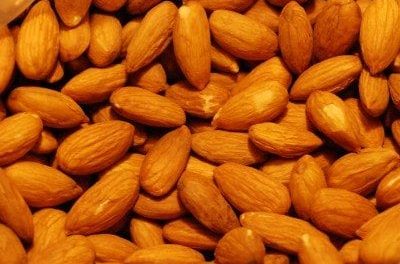 Cheating with Ice in Summer – The Shoestring Herbalist 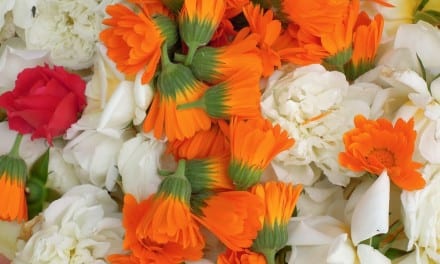 Sunny First Herbal Medicine: Calendula Remedies by and for Kids 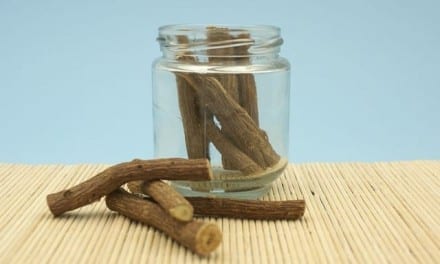