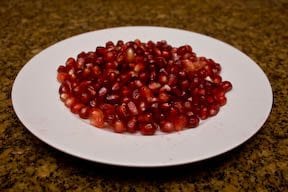 Pomegranates have enjoyed an important place in world history and mythos. As many as several millennia ago, pomegranate was cultivated in Persia, Georgia, Armenia, and the Mediterranean. Evidence that humans long ago valued pomegranate has been found in Egyptian tombs, early bronze-age Jericho, and even along China’s Silk Road.

Beyond archaeological proof, we can look to pomegranate’s place in legend and myths worldwide for proof  this fruit has been highly valued. While many Westerner’s are familiar with the story of Persephone, the Greek Goddess who’s stay in Hades was made semi-permanent when she ate several pomegranate seeds, pomegranate’s reputation extends well beyond the boundaries of Greek mythos into the legends of India, China, Egypt, and even the Judea-Christian-Islamic scriptures. Some Biblical scholars have even said that pomegranate, not apple, was the forbidden fruit of the Garden of Eden.

Pomegranate trees are vigorous growers, sprouting many suckers from a single root and crown. Their fruit is filled with seeds, not just five or six or even ten or twenty, but 840 seeds. Pomegranate’s fertility magic is about diversity. Pomegranate teaches us to cast our seeds far and wide, to send out many branches, to find strength in a diverse or wide array of creative pursuits.Uncompromising in its environmental requirements, pomegranate’s fertility magic is about protecting the diversity we sow. Pomegranate won’t fruit if the conditions aren’t right, although very few would call pomegranate tender or delicate. Pomegranate reminds us to be aware of our environment, to choose where and when we sow our seeds wisely, and to be uncompromising in the conditions we require for our own growth.

Just as pomegranate may drop its fruit in the first few years, pomegranate projects may appear to be failing initially. Stick with it and trust in pomegranate’s magic to help you realize the abundance you seek, an abundance that can endure through many more years. After the initial two or three years of fruiting, pomegranate can bear as many as 400 pounds of fruit for another ten to fifteen years. That’s a lot when you consider pomegranate’s generally compact stature.

Despite pomegranate’s somewhat rugged appearance, with its wild growth habit, somewhat thorny branches, and long and leathery leaves, pomegranate shapes fruits that house potent medicinal energies. Pomegranate seeds can help prevent cancer, ease the affects of aging, and prevent unwanted pregnancy, and that’s just the beginning. It’s no wonder  Persephone used those same seeds to shape the story of her marriage and that kings and queens, gods and goddesses have identified with its power; who can argue with magic that strong? When you invoke the magic of pomegranate, you draw on the energies necessary to solidify shape. Hold your intentions well, and pomegranate can help you create in big and powerful ways.

To learn more about pomegranate, read The Practical Herbalist’s Herbal Encyclopedia entry on this herb. 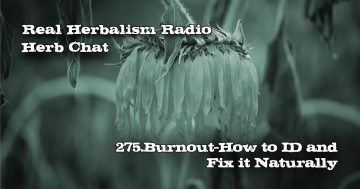 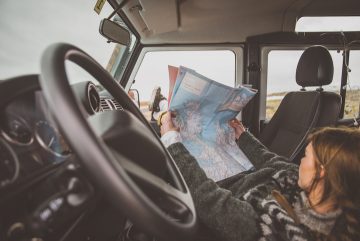 Part of the power in perimenopause is the change it... 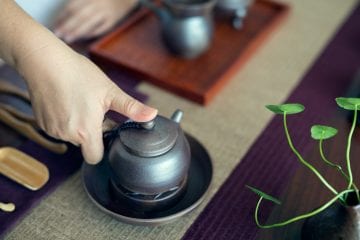 I’ve been making a lot of time for tea. English... 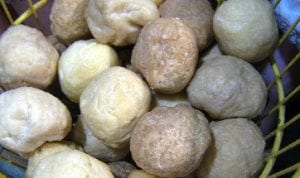 This recipe is designed to deliver antibacterial properties that prevent...