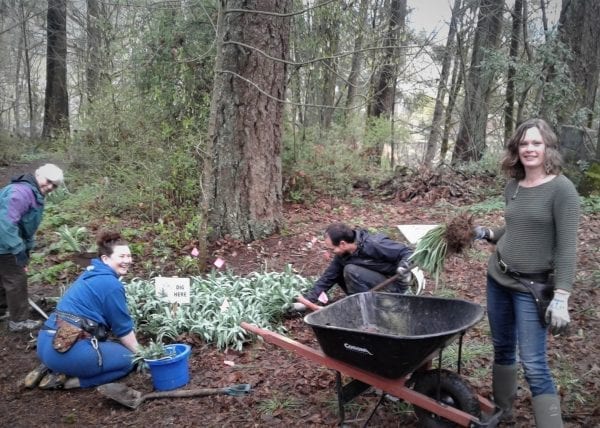 I parked my car at the foot of the Masonic cemetery’s steep hill. I could easily see the gates of mausoleum from the road. I grabbed a bucket and digging tools from the back seat and worked my way up the foot path pausing to listen for the sound of voices. Two older women joined me. We were late and after greeting each other, we hurried up the path to join the others. We were among the invited. 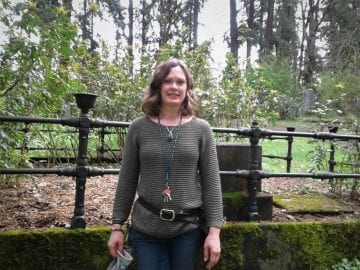 As creepy as this sounds, it is all true. Here are a few details that I omitted that will help with context. The Eugene Masonic Cemetery‘s site administrator, Wendi Propst, had opened the graveyard to members of the Willamette valley Hardy Plant Society to dig out an invasive week. Instead of calling it a “work party”, she cleverly labeled it a “Giant Snowdrop Give Away”. The only payment was to respectfully dig out some invasive Elwe’s Snowdrop (Galanthus elwesii) bulbs for yourself and a bucket extra for the pile. Her plan was to leave the pile of extra bulbs on a tarp to share with those that couldn’t dig but wanted care-free garden flowers.

Wendi expected a handful of attendees but we numbered over 20. Some of us stayed the entire 2 hours. Some stayed longer. The day was overcast and warm. The soil was soft from yesterday’s rain and years of natural mulch. With the added promise that the cemetery was pesticide-free, the volunteers swarmed like bees buzzing happily with tales of botanical favorites, struggles and pausing only occasionally to cluster around a phone with a photo of a plant that some one had trouble identifying. As the Shoestring Herbalist standing among the headstones, I had died and gone to heaven.

Wendi had marked several patches with signs directing us where we could and could not dig. She had a laminated sheet on the table next to some folding chairs with information on the species. She had extra shovels and wheelbarrows and paper bags for those that forgot their own. She worked along side us and entertained us with the history of how this and other plants had been migrated to the area.

I should note that we were invited and supervised the entire time. Most graveyards are treated like public parks but they are often private property. Being a good steward means getting permission to dig up or plant anything on the property. I soon learned that there was  grand scheme that the members of the board was following with changes that I did not foresee. This is just one more reason to honor consent. The future of this hillside was astonishingly hopeful.

The empty spaces would hold now be reseeded to bear an eco-lawn and native plants. My ears perked up when she mentioned yarrow. We exchanged glances. I met Wendi many years ago when we worked for the same herb company. We knew yarrow as powerful medicinal plant. To the Hardy Plant Society, it was a native plant that attracts pollinators and can survive the harshest weather.

Wendi has other dreams for this historic site. She has managed this site for a decade. There are headstones, crypts and a mausoleum but new options for those that want more environmentally friendly options are now available. The graveyard has added Scatter Plots for those that don’t want to have their ashes confined to a jar. Family and friends can sit on a bench in a protected circle under the canopy of trees to honor their loved ones who are now a part of the natural beauty around them.

Wendi and I walked past areas where blue camus will bloom in summer and osoberry and Oregon grape was turning from flower to fruit. She pointed out aging oaks dripping with lichen and mosses. I heard the shrill chirp of a hummingbird hunting near the mausoleum. Wendi talked about her hope to recruit volunteers who could lead plant walks along with the music series and free publications they offer. She and her partner have planted 3 butterfly gardens and have plans to expand the list of native plants which already include over 100 native species. I put down my bucket of gleaned bulbs and look around. It strikes me as a happy irony that the acreage here, once deforested to make graves for the dead has become a haven for life. 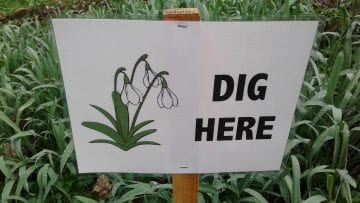 Here There Be Bulbs 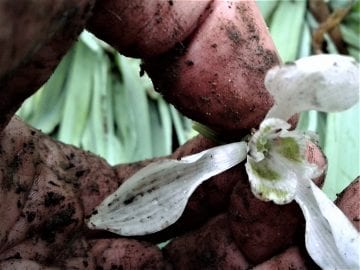 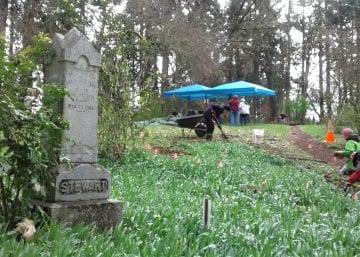 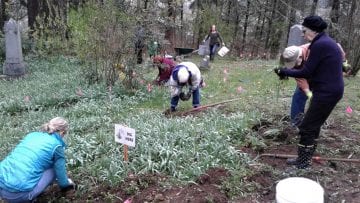 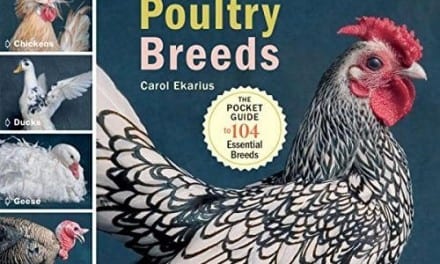 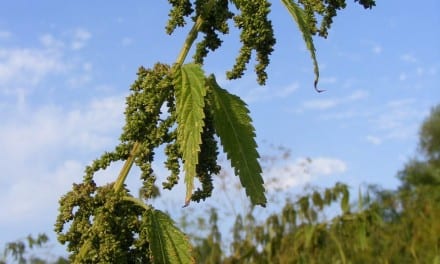 How-to do an Herbal Foot Bath 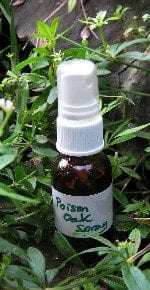