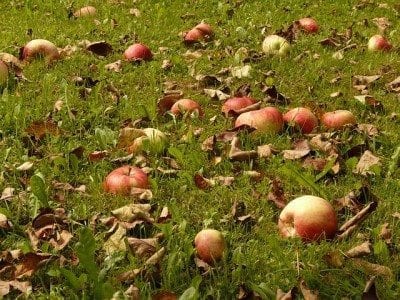 Up until last year, I hadn’t had a good cider, hard or otherwise, since virus Z destroyed my world. Fall’s chilly mornings and crunchy, leaf-strewn lawns had always been secondary pleasures next to the joy I took in pressing cider. I still fondly remember of the tail-end of summers gathering the early apples with my Grandpa. We’d store them in boxes in his barn, where they’d soften up and get ready to release their juices. By the time I headed back to school, we’d have fifty or more boxes waiting for the pressing to begin. Grandpa would keep on gathering, even without my youthful climbing skills to get to those higher-up apples. By the first frost, which was his signal it was time for pressing, he’d have filled the back of the barn up to the horse stalls and sometimes even started crowding out poor old Daisy, his hundred year-old mule.

My whole family would come down for a three day weekend in late September for the annual pressing. We’d press from sun up to sun down and sometimes into the night. Gallons would go home with cousins, second cousins, aunts, uncles, and old friends. Gran headed up the canning with help from the women while the men pressed and fermented. With Daisy’s tutelage in the art of willful, stubborn behavior, I found ways to avoid the hot kitchen and canning team in favor of the fermenting detail. Years later, my husband Roy established the annual Mule toast to Daisy, without whom I would not have learned to make the tasty hard cider that, in Roy’s opinion, was the sole reason one would harvest or grow apples.

So when the Wild Acres Sanctuary in what had once been a suburban area on the edge of town offered Paul and I the opportunity to join in their fall pressing, I said yes despite the zombie-infestation that surrounded their compound.

Wildish Red, the sanctuary’s founder, had been a survivalist like Roy. When the virus hit, his suburban home was already a well-stocked fortress. He and a select band of friends hunkered down until the first wave had passed, then they’d expanded. The sanctuary, by the time I first saw it, was a cross between one of those gated communities you used to see in the occasional movie that people on the West Coast actually created for real and an adhoc para-military compound complete with three pit-bulls and a set of German Shepherds trained to sniff out and kill both z’s and the infected. Ten suburban blocks of houses armed to the teeth growing gardens instead of lawns housed the sanctuary’s fifty members.

To participate in the pressing, Red’s only rules was you had to help gather apples.

“How hard can it be?” I asked Paul. “He said they’d have armed guards watching for the Z’s. Plus, we’ll get a cut of the whole shabang. That includes the hard cider and apple jack. The apple jack alone’s worth more than gold in trade.”

“I dunno,” Paul said. “Z’s always stir up this time of year. Wild Acres Sanctuary is so close to the Hole, they’re sure to see a lot of undead prowling the area. It’ll be dangerous.”

“Red’s guards are well-trained and well-armed. I think we’ll be okay. I’m doing it, even if you don’t,” I told him. Sure, I’d heard the stories about the Hole, too. It was a densely packed urban area surrounding the old hospital about a mile south of Wild Acres where Z’s congregated.

Apple gathering day came. An old orchard stood less than a half mile from Wild Acres. The folks at the sanctuary had stacked hundreds of empty boxes just inside the sanctuary’s gates by the time we arrived. We loaded the skid with as many boxes as we could balance and joined the apple-gathering crew. We all trooped quietly out to the orchard surrounded by as many guards with guns and knives as gatherers. A few Z’s showed up, but nothing those guards couldn’t handle.

“See,” I told Paul later that afternoon as we hauled yet another set of boxes of apples to the apple box brigade team. “They’ve got the Z’s covered easily.”

“Hush,” Paul snapped. “There’s no sense in calling trouble on us.”

I laughed, feeling like the little girl I’d once been on the farm only with a big, black dog tagging along at my heels tossing a particularly wormy apple in the air as we went.

A scream broke out ahead. We stopped short. Harvey dropped his apple and leapt ahead of me, growling low in his throat. Paul dropped his box and whipped out his machete before I even registered what I was seeing.

Zombies had broken through the guard and overtaken the brigade. Second gens. We hadn’t seen second gens in a long time. It was a shock in and of itself, but to seen three of the guards go Z right like that…well, you’d think this was the beginning of the apocalypse all over the way it hit me.

Harvey and Paul wasted no time at all, thankfully. They began attacking the Z’s with vigor. I dropped my box of apples, drew my machete, and joined them. Paul, Harvey, and I moved as one through the horde, decapitating and gouging more zombies than I bothered to count. It was like fighting through an angry mob after a soccer game where the home team had just lost. Most of the other gatherers began to fight, too. Wildish Red’s clan was trained, to say the least. Together, we hacked and slashed about 200 zombies to bits. We lost 8 of our own to virus Z and another one succumbed to general wounds a few days later.

The scene afterward was surreal. Corpses littered the orchard extending half-way back to the sanctuary. In places, zombie guts and apple guts mixed so thoroughly I couldn’t tell them apart. The scent of fresh fall apples gave the normal zombie-stench a floral air. I wasn’t the only one struggling not to wretch.

I’ve got to hand it to Red, though. Boxes of apples had been spilled, but that didn’t stop his team from gathering what they could and carrying it home. The brigade picked up where it’d left off. By nightfall, we’d cleaned the trees in that orchard of apples and carried them home through the bloody, corpse-strewn battlefield. Daisy would have been amazed at how stubbornly we stuck to our directive: Gather as many apples as possible.

Paul and I refused the box of fresh apples Red offered us later that day. I couldn’t bring myself to eat a single one.

“You will be back for the pressing, won’t you?” Red asked.

“Sure,” Paul said, rather unconvincingly I must say. 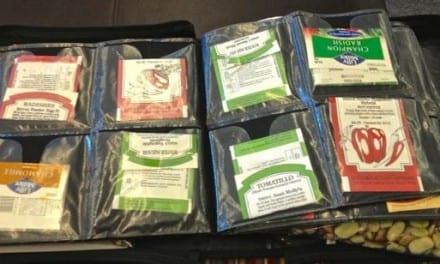 Red, White, or Common: Which Sage Do You Use? 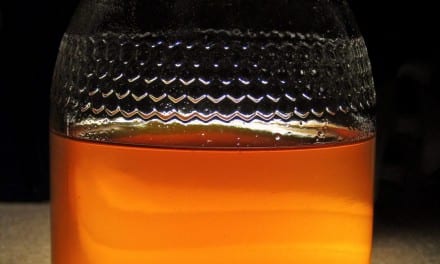 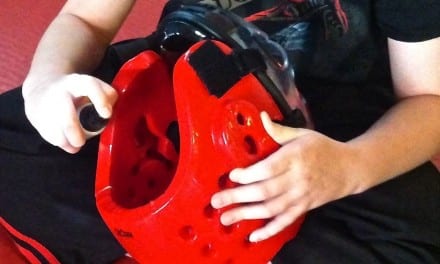