To the passionate, politics are a necessary evil. As a passionate herbalist, I find myself drenched with politics on a weekly basis. The free clinic that I volunteer at as an herbalist is political. The workshops that I give on herbs and nutrition are political. Any one that has listened to Real Herbalism Radio podcasts that I cohost knows that politics rears its ugly head there too.

All of this politicking is time consuming. As a activist, I spend 30-40 a week dealing with one politically enriched process or another. It is just part of my week. I sacrifice this time gladly and willingly because the reward is great.

I solved my dilemma by being an aggressive voter. I scoured my voter’s pamphlet every October. I made notes in the margins. I read voting records for incumbent politicians. I kept track of articles on ballot measures.

I did not read ads during the voting season. This may seem odd but ads for both ballot measures and candidates do not seem to require honesty. I often found them insulting to my intelligence and I refused to make a decision based on an emotional reaction. This news must upset a lot of lobbyists but advertising has become the bully in the sandbox. The ads are designed to distract from the real issue. It upsets people so much they can’t see what the real problem is.

All of this reading seems like a lot of wasted time and effort to the average American. It’s just one vote, isn’t it? Is it? I wonder. With low voter turn out, my vote stands for a number of silent disenfranchised voters. As a vocal researcher, I have not only talked others into voting but I have influenced current voters into questioning their original stands on issues. I get a lot of bang for my buck.

The voter’s pamphlet in Oregon of 2014, is chock full of issues that catches the attention of herbalists. Here are just a few that pertain.

There is a measure proposing mandatory GMO labeling. Obviously, I am voting yes on that.

There is a senator running who supports single payer healthcare. This guy has my support.

There is measure which will allow people who have resided in Oregon for a year to get a driver’s card even if they are not yet a legal US citizen. I have seen the health effect of our existing system on undocumented workers for myself so I am voting yes on that one too.

There is a measure that will make marijuana legal in the state of Oregon. I am voting no. Why? I read the measure – all 86 sections. This law would put regulation and enforcement of  an herb that is already being moderated as a medicinal herb in the hands of the OLCC (Oregon Liquor Control Commission). Those that are not Oregonians may not be familiar with this agency. It is tasked with issuing liquor licenses, service permits and seeing to it that no one sells booze to minors.

The fines for violating their rules are many and steep. Jail time for having any thing more than 8 plants is 20 years as a Class A felony. That is a huge step for the OLCC. They are used to busting bartenders for not checking IDs or for waiters not updating their server’s licenses. This is something that they will not be ready for and most of us know what happens when an untrained government agency steps into a new, heavy handed role. Voting against this measure will be doing my fellow citizens a favor.

To be clear, I am not a huge fan of any addictive substance. I understand that some things exact a heavier toll than others. It is not my job in life to judge. My policy is “the right tool for the right job”. Marijuana can be an appropriate tool for some problems. Marijuana smoking, beyond the medicinal aspects, is huge issue heavy with emotional baggage.

More research is released every year on the effect this herb has on the human body. I will continue to read the research with interest. I am staying away from the ads either for or against its legalization. As a Shoestring Herbalist, I am budgeting my time with this issue. I might change my mind later but not because of a bully. They are staying out of my sandbox. 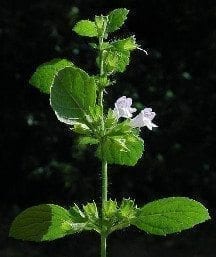 Relax with this Simple Eye Pillow