There’s nothing worse than a lingering cough after a cold, flu, or virus…except maybe the cough and sore throat that comes with active symtoms. I remember what it was like to reach for the drug store remedies only to have them make me super sleepy or feel numb or ill in some other way while not actually doing a heck of a lot to quell the cough or ease the sore throat. They helped, sort of, but the residue they left behind was never worth it for me. I know I’m not alone in that, or in my appreciation for the power of herbal medicines to help the cough do its job and then settle down quickly while easing all the other symptoms upsetting my lower respiratory tract. It’s amazing how much better herbs can speed the body’s progress toward health and how well they ease the journey, too!

What is the Lower Respiratory Tract, and why would we treat it differently than the upper bits?

The lower respiratory tract includes the lungs and trachea and sometimes we extend it to include the throat and glands associated with the throat and neck. The upper bits are generally a pass-through affair, designed to filter and moisten air as it passes through the system into the lungs and then out again. They’re also the first line of defense against illness and allergies for the entire system.

The lower respiratory tract is more of a destination where the body exchanges oxygen-laden air for carbon dioxide-laden air. If we’re in a state of health living in a healthy environment, the lungs receive clean air free of particles when we inhale and send back air that’s carrying a lot of the toxins and wastes our body needs to release with each exhalation. Our lungs, much like our skin, eliminate a huge portion of the wastes in our bodies even though neither gets a whole lot of glory for the work they’re doing. The waste-exchange nature and the destination-like element of the lungs make them distinctly different from the upper respiratory system. When they go out of balance, they may or may not be helped by the same herbs that can help the upper respiratory tract. Beyond that, the risk around symptoms of the lower respiratory tract can be significantly greater than those around the upper respiratory tract. If you get a stuffy or runny nose, it’s unpleasant but it’s unlikely to be life-threatening in and of itself. When the lungs get too damp or stuffed to function, it can kill you.

Which Symptoms Could I See in the Lower Respiratory Tract…and What Do They Mean?

The symptoms we’re all most familiar with in the lower respiratory tract are those commonly associated with the common cold, flu, and related viruses including COVID-19. They include a damp or dry cough; phlegm or mucus that you may or may not be able to cough up and expel; and pain in the diaphragm, rib cage, or throat.

This is the place where herbal home remedies and plant-based medicines can make a huge difference in the body’s ability to fend off and recover from illness. For the most part, these symptoms are directly related to the body’s natural defenses against foreign particulates and invaders, like germs, viruses, allergens, bacteria, and molds. When the lungs sense a foreign invader, they first attempt to produce a lot of mucus and trigger a cough response from the diaphragm to sop-up and expel the invaders. That’s the essence of a smoker’s cough. Our lungs don’t take time to differentiate between particulate like those found in all forms of smoke and virus-bacteria-mold-type of living invaders. Their job is vital to survival, so they act quickly.

A Damp Cough suggests most strongly that an invader of some sort is present in the lungs. Depending on how the body has fared in eliminating the threat and what the actual nature of the threat is, a damp cough can be productive or unproductive. A productive cough is one that brings up and expels mucus or phlegm containing the invader. An unproductive one is one in which the mucus or phlegm has gotten stuck, creating the feeling of coughing but being unable to get the stuck crud up and out. An unproductive cough can also progress into a dry cough, particularly when the lung tissues are damaged and sensitive. A Dry Cough can mean the body or lungs are too exhausted to produce the appropriate mucus to expel invaders, there is damage to the tissues that’s causing the cough, or it can mean there is an imbalance present that prevents the lungs from creating that mucus.

Our bodies respond to coughing differently. Sometimes, an unproductive cough is unproductive because the cough is too shallow, so we’re unable to expel the invaders and thus the cough isn’t helpful. This would be a lax cough or a relaxed cough, meaning that the muscle tissues supporting the lungs are not as toned or strong as need be. Other times, the cough is too strong, causing damage to lung tissues along with potentially wracking pain in or even breaking the ribs. When the cough is too strong, that suggests a tense cough or tense condition in which the muscles are over-reacting and potentially not allowing the lungs to recover. Lax and tense conditions in the lower respiratory system can occur with both dry and damp conditions and are not limited to just the productive or unproductive coughing but also can be associated with a dry cough.

Phlegm, Mucus and What Those Colors Mean

It’s helpful to take a look at other symptoms to corroborate your mucus evaluation. A fever suggests a hot condition, while lack of fever doesn’t necessarily guarantee the condition is not hot. You can also look to the Tongue for an indication on the temperature of condition you’re dealing with.

Pain in Cold/Flu and Related Conditions of the Lungs

Pain is most often connected with the results of the lungs’ or upper respiratory system’s attempts to eliminate invaders from the system. If you’ve got a runny nose, for instance, it can lead to a sore throat as all that mucus drains down the back of your throat. Coughing in this case will make the pain in your throat worse. Likewise, pain in the muscles of the chest can result from coughing as can headache. In some cases, the seat of the illness is in the throat, as is the case with conditions like strep throat. For the most part, if the pain is a side-effect, so to speak, of the primary illness and symptoms, you can add some pain-relief herbs (analgesic herbs) to your formula to help ease it. Be aware, though, that pain can also be a sign of something more serious or of a condition that’s worsening even if other symptoms seem to be getting better. If you notice that the pain is getting worse, see the advice of a medical professional.

Caution: Herbs are not Always the Best Choice

When things get worse, as is the case with severe illnesses like pneumonia, bronchitis, and COVID-19 as well as with asthma, which is not an illness but rather a condition or reaction to an allergen, breathing can become difficult or impossible, which can lead to death in a matter of minutes. Herbs are not appropriate for conditions that have become severe; see a doctor or medical professional if you experience difficulty breathing immediately. Likewise, feelings of pain or pressure in the chest can be a sign of more severe illness, such as heart failure or heart attack, or they can be associated with nervous conditions like anxiety and panic, which need to be approached from an entirely different angle.

With that said, a professional, clinical herbalist can help you chart a path through the illness and recovery process. If you are in this position, choose an herbalist with a background in complimentary fields, like Ayurveda or Traditional Chinese Medicine or Acupuncture, or one who as experience working with a medical team and understands the science and biochemistry of both plants and the human body. Knowledge of laboratory tests and understanding of how to read lab results as well as a background in natural nutrition are also potentially good skills to look for if you’re seeking a professional herbalist to help you through a more serious or long-term illness or recovery process.

Which Herbs Are Good for Cough or Sore Throat?

Once you’ve got a handle on the nature of the symptoms you’re working with, you’ll have the most important information you need to choose your herbs. There are loads of good herbs you can use, including:

For a terrific talk on how to handle Lung and Respiratory Tract symptoms relating to cold, flu, and related viruses, watch the Herbs in Action: COVID and Beyond session with Maria Noel Groves. For Recovery, watch the one with Phyllis D. Light.

Choose a small selection of herbs that fit the qualities of the symptoms you’re facing. I like to stick with three to five herbs in total, especially when I’m early in the illness. As the cold or flu progresses, you may need to change it up to accommodate how your body responds and how the symptoms change. One of the problems with those drug store remedies is that they assume a static or unchanging set of symptoms. Viruses change regularly, just like a battling army shifts tactics as the war progresses. While the illness is active, you may need to change the herbs you’re using several times to address changes in the symptoms more effectively. That’s why keeping it fairly simple is powerful – you can easily remove the herb that was focused on the damp cough and replace it with one that handles a dry cough while keeping all the pain-relief and anti-microbial herbs in play, for instance. Adjusting to support the body in-action is often the key to kicking illness quickly and recovering fast.

With your chosen herbs in hand, it’s time to start using them. For the Lower Respiratory Tract, you’ve got a lot of options. Herbal Infusions are powerful, as are Herbal Steams and Herbal Compresses, just as they are for the Upper Respiratory Tract. Balms and Chest Rubs are quite helpful, as are Herbal Syrups, Herbal Honeys, and Tinctures. Often, I use a pre-made formulation as a Chest Rub, like White Tiger Balm/White Chest Rub, and I couple it with a custom Herbal Syrup or Decoction or Infusion to address the specific symptoms that I’m seeing. The pre-made formula is generally focused more on anti-microbial and analgesic actions in the lungs, while the custom formula works on the root of the problem by addressing symptoms as they arise.

Recipes and Ideas to Try

Search the Recipes section at The Practical Herbalist for more ideas and recipes for preventing and managing cold and flu symptoms.

Natural Fever Remedies: How to Use Herbs for Fever

How to make a Heat-infused Herbal Oil 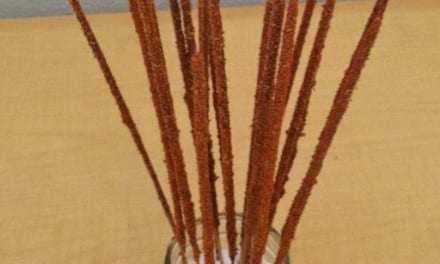 How to Make Incense Sticks